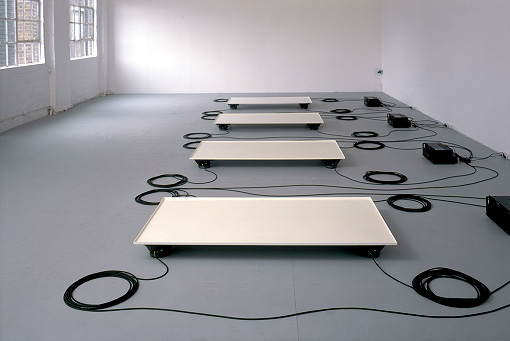 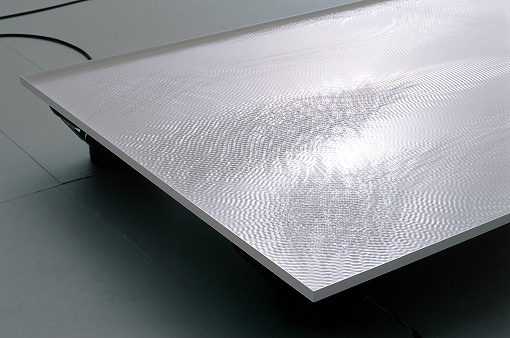 The installation wellenwanne is conceived as a model or test arrangement. Flat trays are filled with water, each resting on four loudspeakers, which transmit the sound compositions via vibrations onto the water surface. The various sound pieces, which are partly inaudible, vary for each tray so that the sound signals generate various changing interference patterns. Based on the unusual physical properties of water this aesthetic-scientific test model touches on areas of particle physics posing the question how sound frequencies, as a form of energy, are able to modulate particles.