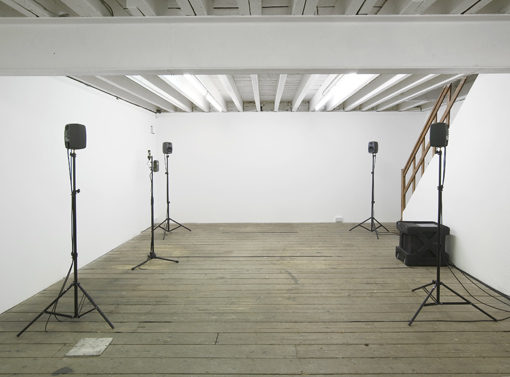 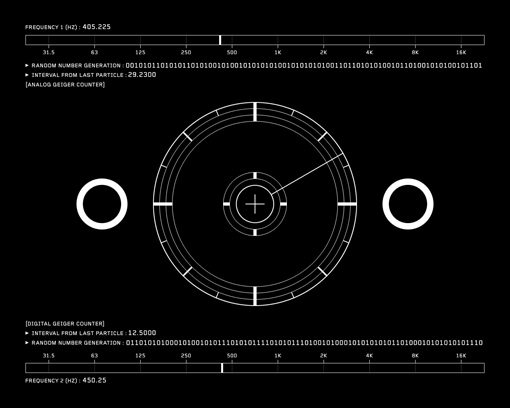 The sound installation particle noise documents the radiation flow rate of the respective place it is installed by transferring it on an audio level. Two Geiger counters – one analogue, one digital – measure the level of radiation (α, β, γ) inside the exhibition space. Signals from each device trigger sounds of either a sine wave generator or a radio receiver and distribute them in the space via a four-channel sound system. Depending on the intervals of radiation recognition the frequency of the sine waves and the panning of the static noise change their bias hence constantly change the atmosphere of sound in the room. The work is yet another example of a work shifting otherwise unnoticable phenomena on a perceivable level allowing invisible radiation signals that occur in nature to become an audible soundtrack of our surrounding terrestrial and extraterrestrial environment.