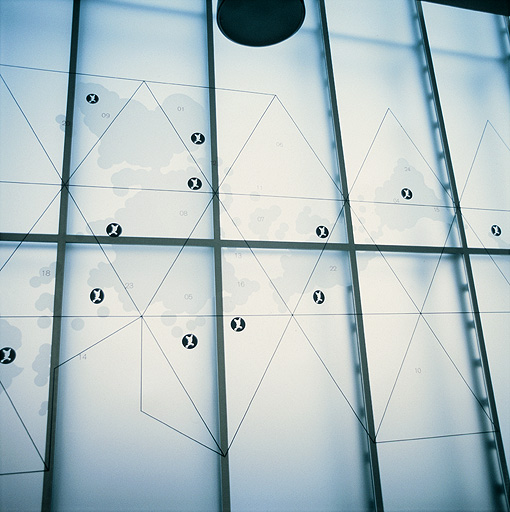 as a model, this work is based on the so-called dymaxion map, a world map construction from 1944 (design: r. buckminster fuller) which is superimposed by additional cartographical projections and descriptions. besides abstract signs there are words like doab and zinsaren which have disappeared from today's language; to a certain extent, they still served to name geographical regions or ethnic groups in the 20th century. their associative, playful distribution on the map basically marks a fictive status of symbolic world orders-thwarting the cartographic gesture of charting and territorializing. at the same time, this setting symbolizes an interference constituting an imaginary geography which is reminiscent of, among other things, the psychogeography of the situationalists.