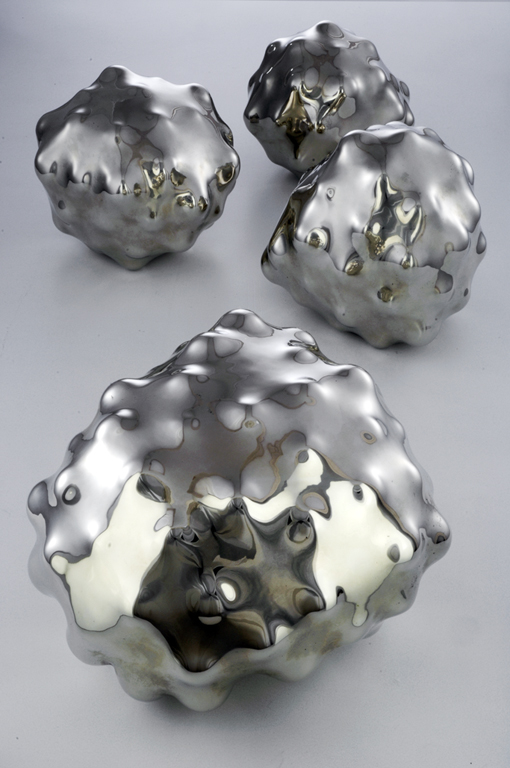 the sculptural series cluster refers to an experiment by the american architect buckminster fuller about the packing of spheres in space. the ‚kepler conjecture’ deals with the maximum density of differently arranged three-dimensional layers of spheres. reflecting this test set-up the sculptures, which nicolai casted in nickel silver emerge from a simple design principle – balloons filled with ping-pong balls. thus the outer appearance of the sculptures is affected by the adjustment of the spheres in the inside iof the balloon. the changing force effect on the outside surface allows a high number of variation of the form. but in the end not the formal result is focused by carsten nicolai but the adopted design principle with its artistic capabilities.