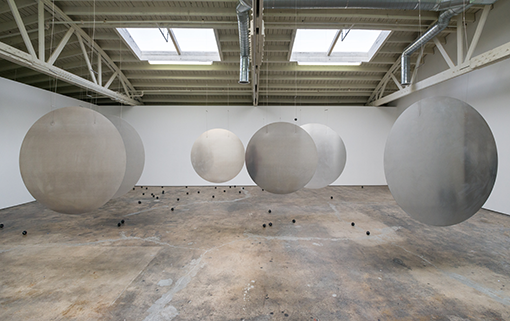 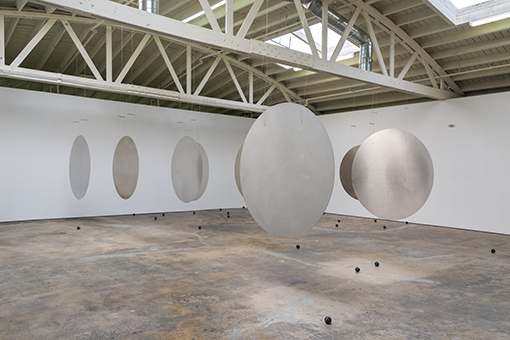 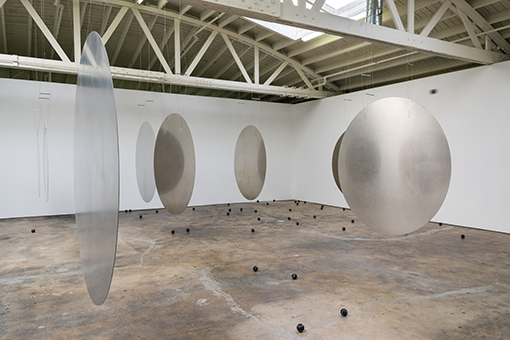 As nine orbicular bell plates in four sizes hang like pendulums from the ceiling of Gallery One, an autonomously operating ball machine projects black balls into space, on occasion hitting one of the plates. A randomized audio space is achieved, triggered by a self-operating ‘score.’ Drawing on ideas of sound in relation to the work of the late composer Iannis Xenakis, a zone is created where the application of mathematics, physics, statistics, game theory, and randomized processes play an autonomous role in musical arrangement and composition.

autonomo's audio scape turns the space into a three-dimensional instrument where the bow truss ceiling of the gallery functions as the work’s acoustic box. Sounds are produced as an effect of random circumstances that include the intermitting speeds of the balls as they hit the plates, the angle of the projectiles as they bounce off a target and ricochet to hit another, the movement and time lapse of the projection machine, and the spatial and architectural characteristics of the room that generates the acoustics.