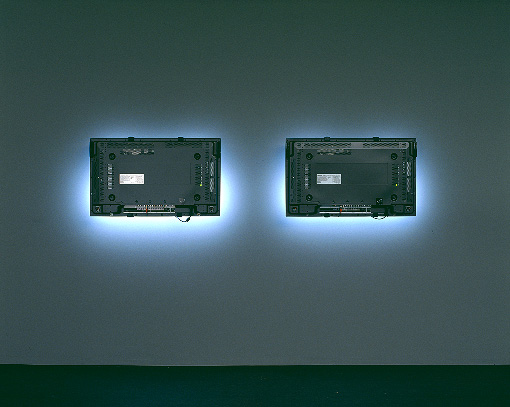 telefunken anti is a modified version of the telefunken installation of the year 2000. In contrast to its precursor, here, both monitors have been turned towards the wall. Although this work like the telefunken installation visualizes acoustical material it deprives the viewer of the image. Only light impulses emerge from the intermediate space between the television and the wall, referring to the patterns on the monitors, which are constantly changing with the frequencies of the impulses.